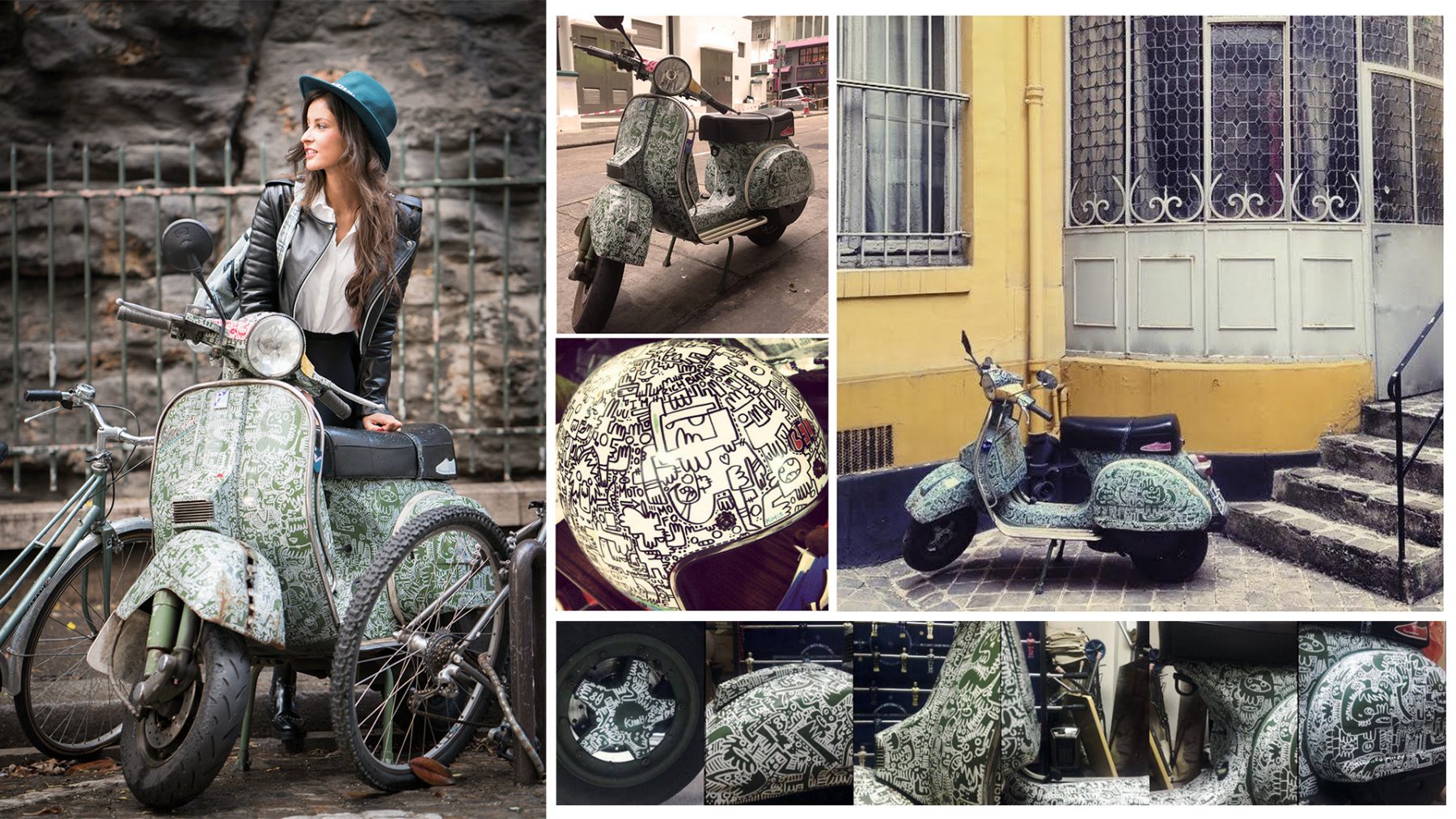 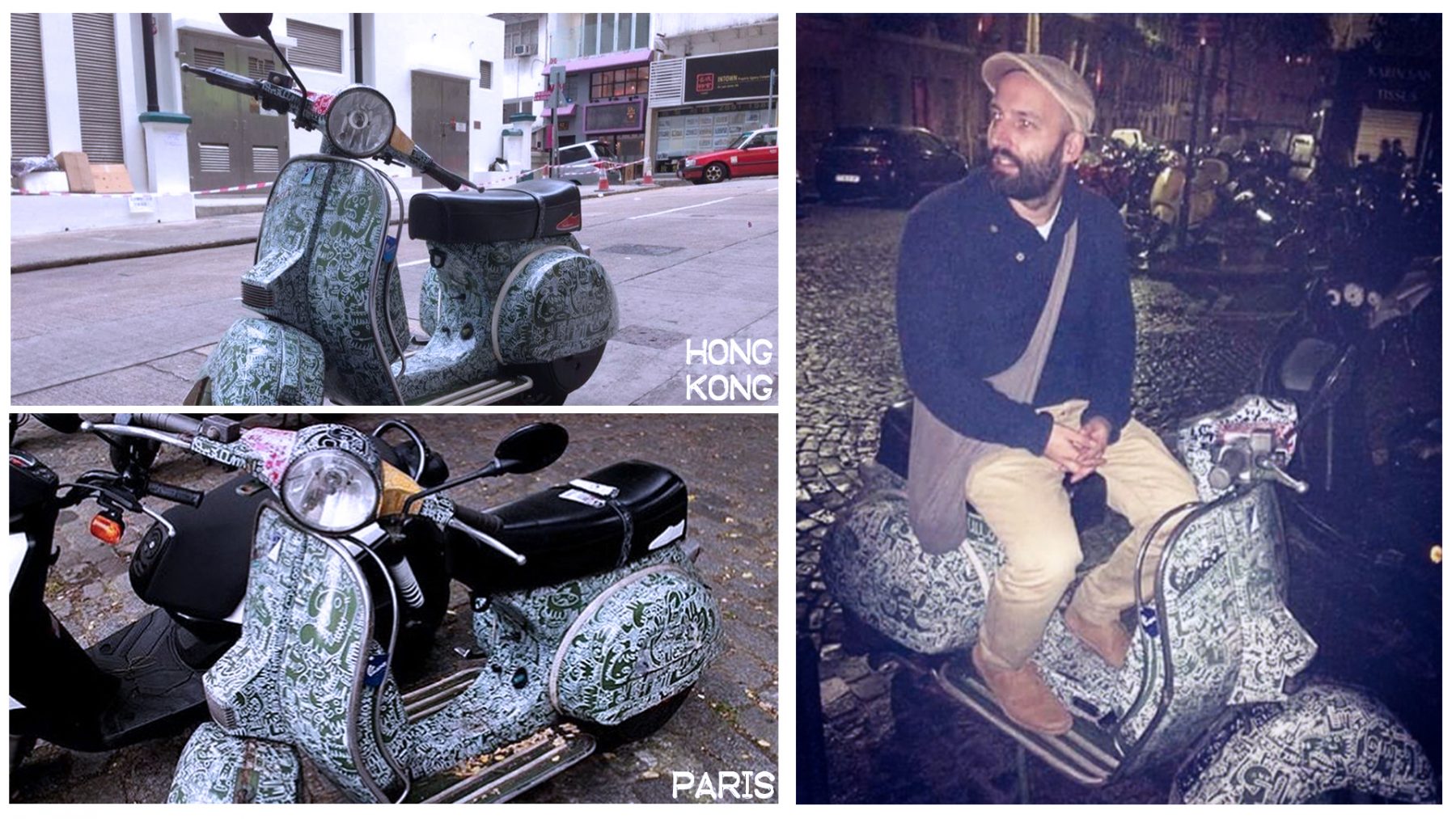 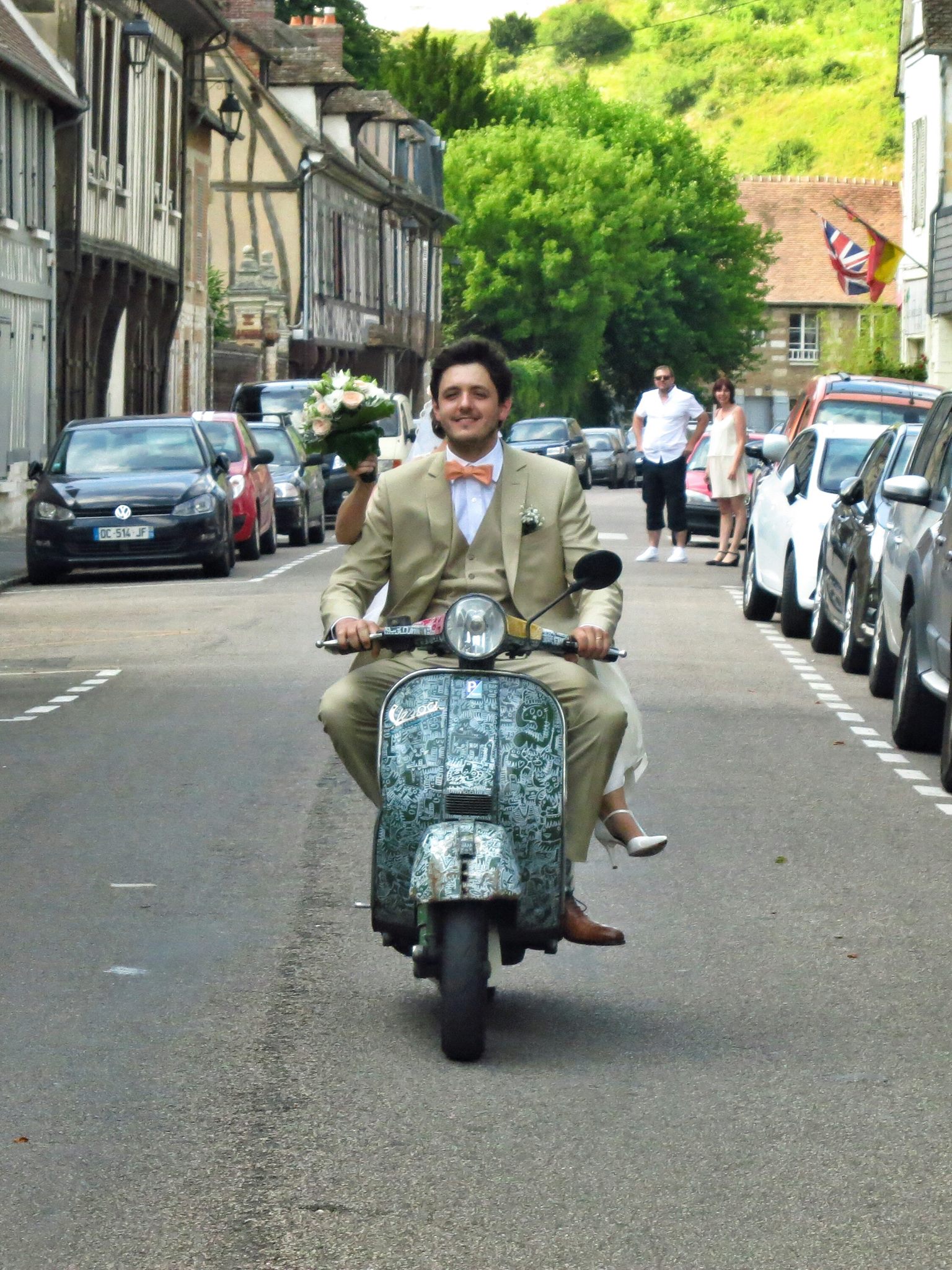 Miss france 2010 ”Malika Menard” posing in front of my work. I believe it was for a photo-shooting for H&M and Zara. Anyhow, it’s always a pleasure when my work is appriciated 🙂 If any of you is interested in spoting the vespa, it s at the bottom (most of the time) of ”Sacre coeur” in Paris. (Otherwise in Pigale).

I ve been drawing on this Vespa in 2013 in Hong Kong. It was commissioned by a French friend. We brought it up in our apartment which believe me was NOT a piece of cake. I worked on it for about 5 days full on. Since 2015, it has been brought back to Europe and is now living a wonderfull end of life in our beloved Paris.

As for the Helmet, it was comissioned by another friend from Germany about a month after I finished the Vespa and is now in Berlin.

A picture of me sitting on it in 2016 in Paris and last but not least, the owner at his wedding day on his way to church with the lady in the backseat. 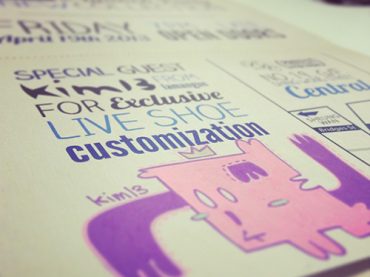 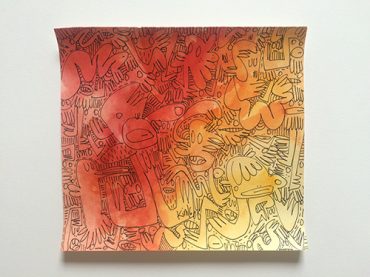 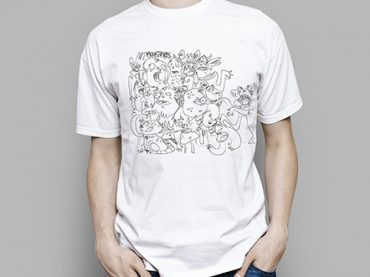 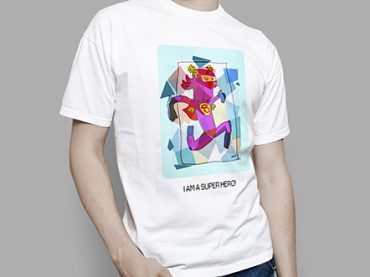